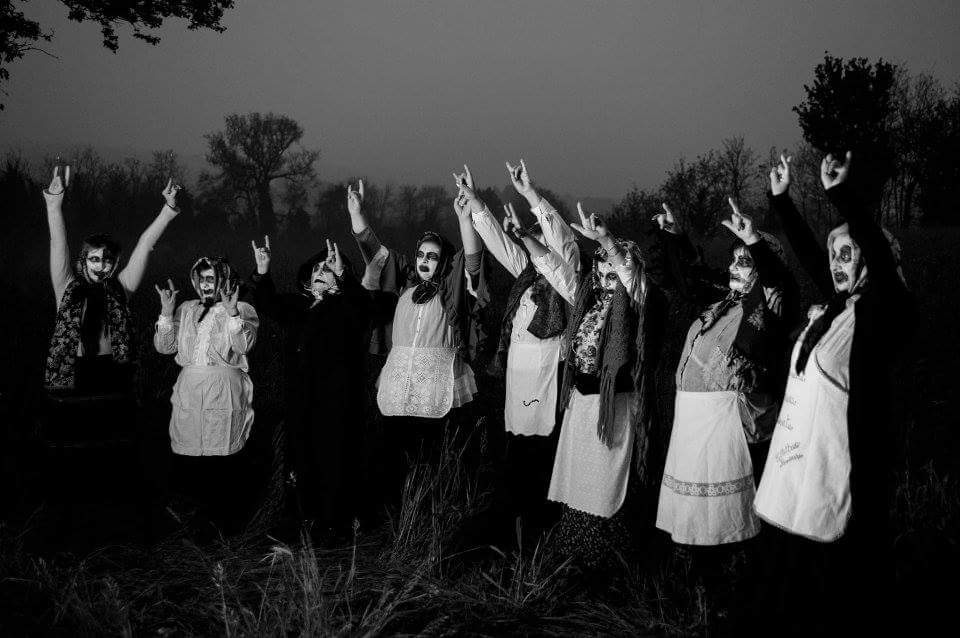 In the Italian dialect spoken in Romagna, the word “azdora” means “she who rules”, in other words the lady of the house. As the person who is solely responsible for running the household, she has a central feminine role, one with great authority, and to ensure that the equilibrium of the domestic economy is preserved she is never allowed to be absent or to have any destructive feelings. In early 2015, at Santarcangelo Festival’s invitation, Swedish visual artist, musician and stage director Markus Öhrn decided to learn more about the azdora and discovered in her a potential for liberation from a cultural status quo. Working together with a group of women from the Santarcangelo area and OvO’s member Stefania “?Alos” Pedretti, he created, also in honour of his own grandmother, a transformation process located midway between ritual and performance that defuses and subverts the image of the azdora.
Azdora by Markus Öhrn is a series of rituals where a black metal set performed with old ladies clashes with a background of noise. The group stayed together and continued an initiation process that in 2016 has led to the cutting of the vinyl record DAI, a concert in a secret location in Santarcangelo (singular event for Santarcangelo Festival 2016) and the participation in Wiesbaden Biennale (August 2016). For the first time in the musical circuit, Azdora presents for Transmissions a black noise metal concert together with the musician and performer ? Alos. 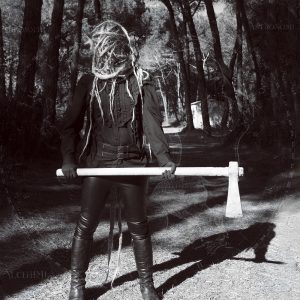 ?ALOS (queer-pagan-doom-avant-metal)
?Alos is a musician and an experimental performer, from 2003 she melts these disciplines to create shows/ performances in which live music is a basic element. Her work surpasses the boundary between performing arts, integrating experimental music, performance, improvisation and video art and makes the audience participate actively in the show through the stimulation of the six senses. The feminine figure is the basis of each performative action and its role both in history and in the contemporary society is critically investigated.
Active from 1998, she is a member of OVO and ALLUN. She has played more than one thousand concerts (she has released four albums as ?Alos and seven albums as OvO) in Italy, Europe, United States, Canada, Russia, China, Vietnam, Mexico and Israel. In 2015 she starts a collaboration with Markus Öhrn in the Azdora project.
In collaboration with Santarcangelo Festival Internazionale del Teatro in Piazza.