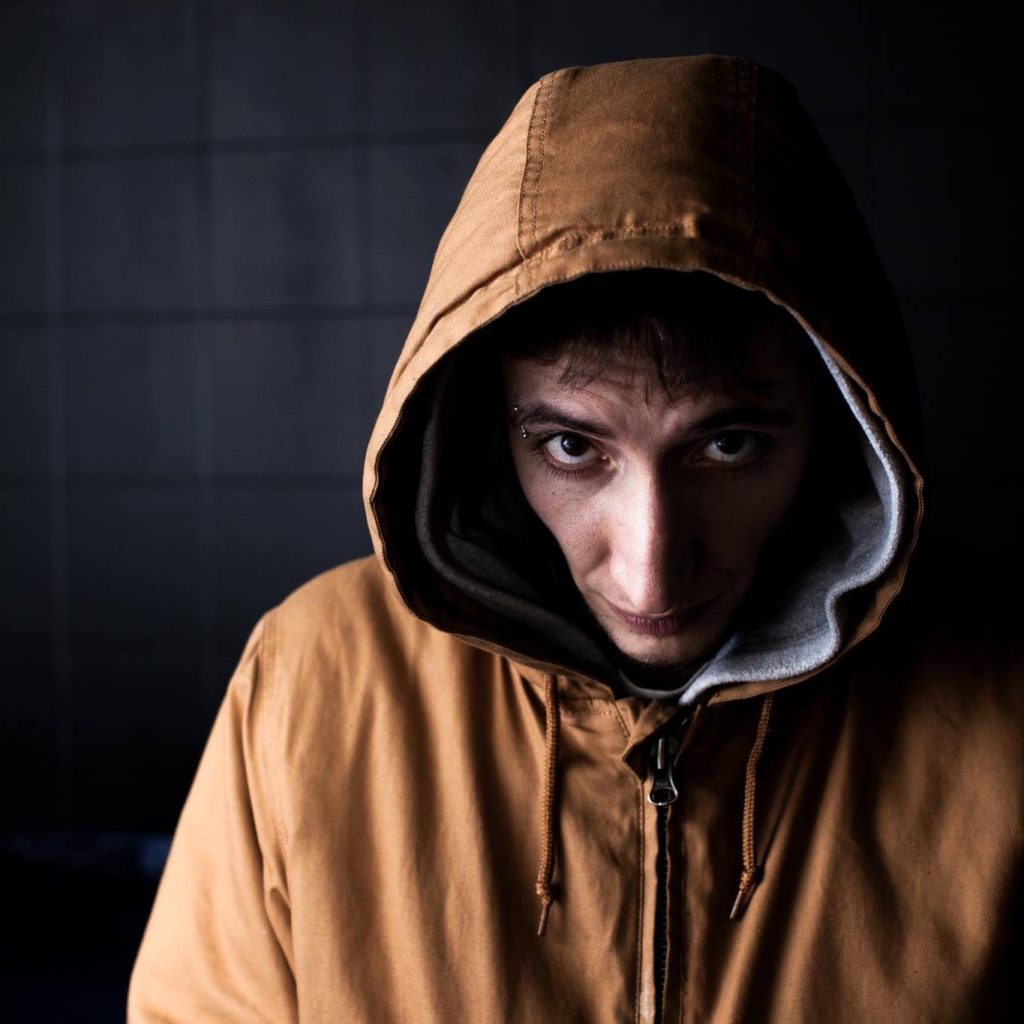 Born in Ravenna in 1983, Lanfranco Vicari aka Moder is one of the most popular rappers in the area. He started his longtime MCing careers back to the early 2000s when he founded his first crew Alleanze Scisse (A.S. Click) with his fellows Penombra and Dj Mastafuck. In 2003 Alleanze Scisse and another local hip hop crew, Delitto Perfetto, merge into Il Lato oscuro della Costa (meaning: The Dark Side Of The Coast). With several EPs, albums and mixtapes they became a cult name in Italy with many features and collaborations with notable Italian artist and other international bands as Kill The Vultures. He debuted as Moder in April 2011. He promotes with music and hip hop social inclusion projects for children and teenagers originating from Ravenna’s suburbs.