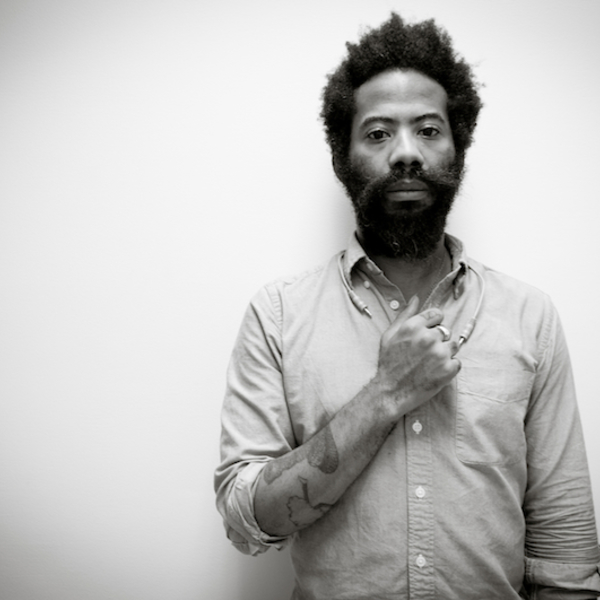 Robert Aiki Aubrey Lowe (b. 1975) is an artist and multi instrumentalist that works with voice in the realm of spontaneous music often under the moniker of Lichens. Most recently, creating patch
pieces with modular synthesizer and singing to them has been a focus of live performance and recordings.
Quality of sound through the marriage of synthesis coupled with voice has allowed for a heightened physicality in the way of ecstatic music, both in a live setting and recorded. The sensitivity of analogue modular systems echoes the organic nature of vocal expression which in this case is meant to put forth a trancelike state. To usher in Deep Listening through sound and feeling. Losing one’s self in sound while being acutely self aware. By way of a recent meeting and collaboration with artist Patrick Smith, Robert has begun to utilize projections with live performances. The current video piece is called “Clouds” which is a vector driven animation made by Patrick Smith.
Through collaboration Robert has worked with Ben Russell, Ben Rivers, Rose Lazar, Hisham Akira Bharoocha, Tarek Atoui, Ben Vida, Mark Borthwick, Lucky Dragons, Alan Licht, Michael Zerang,
Doug Aitken, Patrick Smith, Monica Baptista, Lee Ranaldo, White/Light, Kevin Martin, Chris Johanson, Tyondai Braxton, David Scott Stone, Genesis P-Orridge and Rose Kallal, as well as
many others.