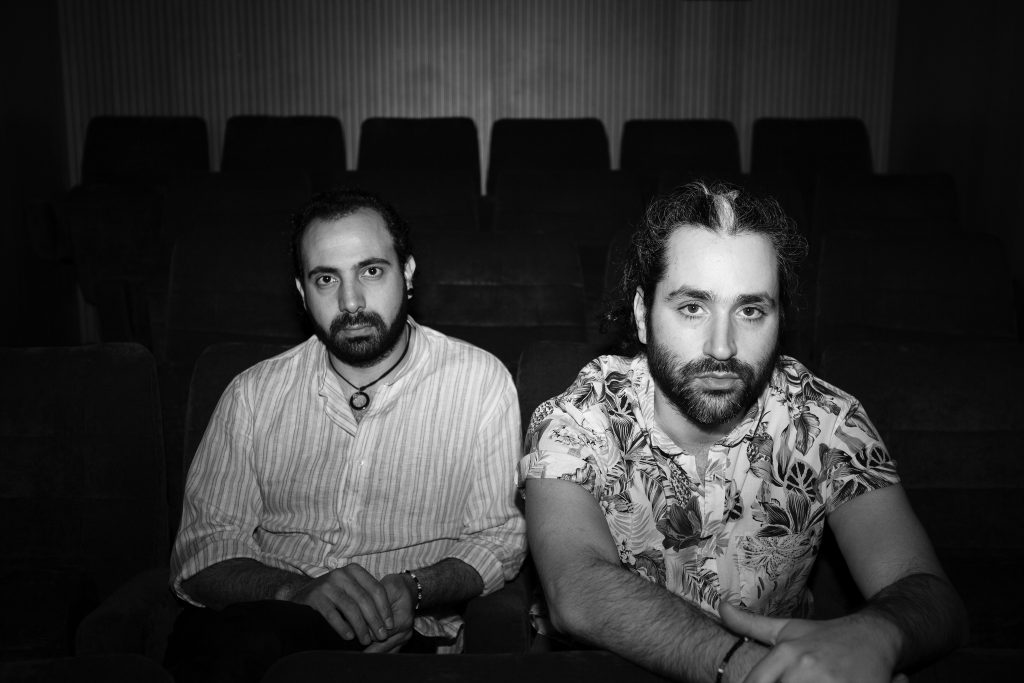 Two or The Dragon is the Beirut based electro-acoustic project by Abed Kobeissy and Ali Hout.
It was sparked when Kobeissy and Hout began to compose music as a duo for contemporary dance and theater performances. Their dismissively unapologetic music speaks deconstruction, dance grooves, industry, satire, and hints of a deniable melancholy. The whole thing questions Arabic music’s ability of expressing urban soundscapes, and its capacity to express violence as an organic aesthetic. This collaboration revealed a shared interest in the unique sonic aspect of the
duo’s hometown; the never-ending ever-expanding construction sites to reshape the city, the randomly scattered generators to power houses, thousands others to pump water from wandering tankers into buildings, a continuous carpet of noise that has become the soothing agent of amnesia in an absurdly long post-war period.

Their music as well as their compositions for theater and contemporary dance productions featured them in festivals and concerts in Lebanon, the UK, the USA, Canada, Germany, Sweden, Norway, Ireland, France, Greece, Italy, Belgium, Hungary, Chile, the UAE, Jordan, and Egypt.
Two or The Dragon released their first EP album “Prelude For The Triumphant Man” and are now preparing to release their next album in 2020.