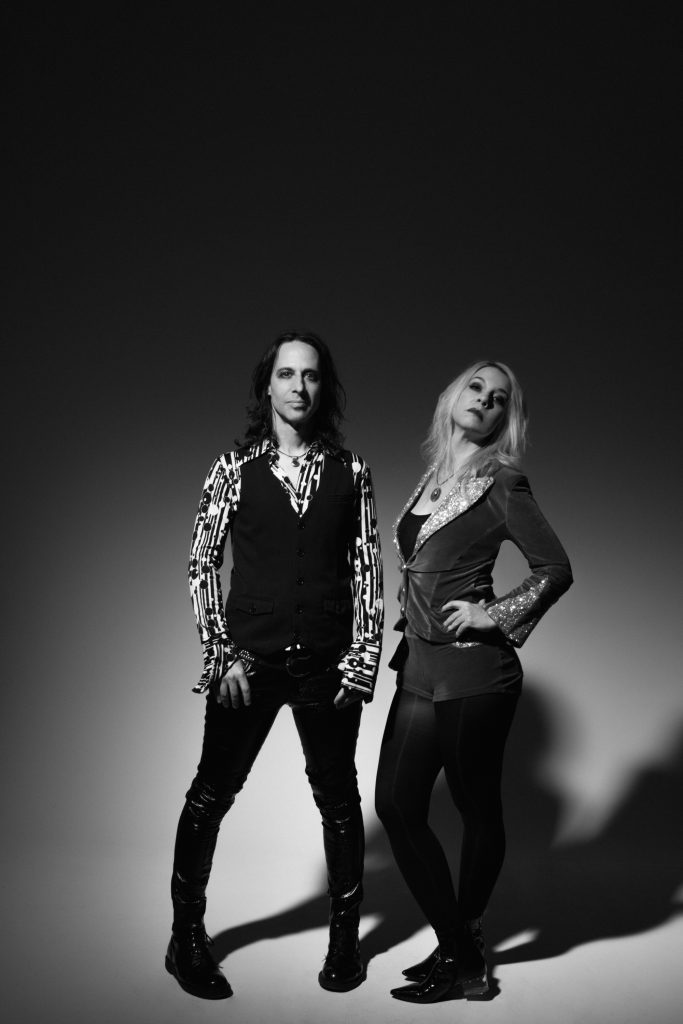 The dismal realities, political or otherwise, that are part of our modern world naturally influence our creative voices. It is in this context that White Hills re-evaluated their approach to creating a new album. Having continually refined their sound, pushing the boundaries of psychedelic music, White Hills flipped the script. Dave W. and Ego Sensation have brazenly produced an industrially-charged record that pulsates unlike anything they’ve released before.

Writing in his seminal postmodern oeuvre “Naked Lunch”, Burroughs states: “Desperation is the raw material of drastic change. Only those who can leave behind everything they have ever believed in can hope to escape.” Rethinking their musical norms, personally and musically diving into uncertain waters, White Hills at once embrace and demonstrate the raw power of such abandon.